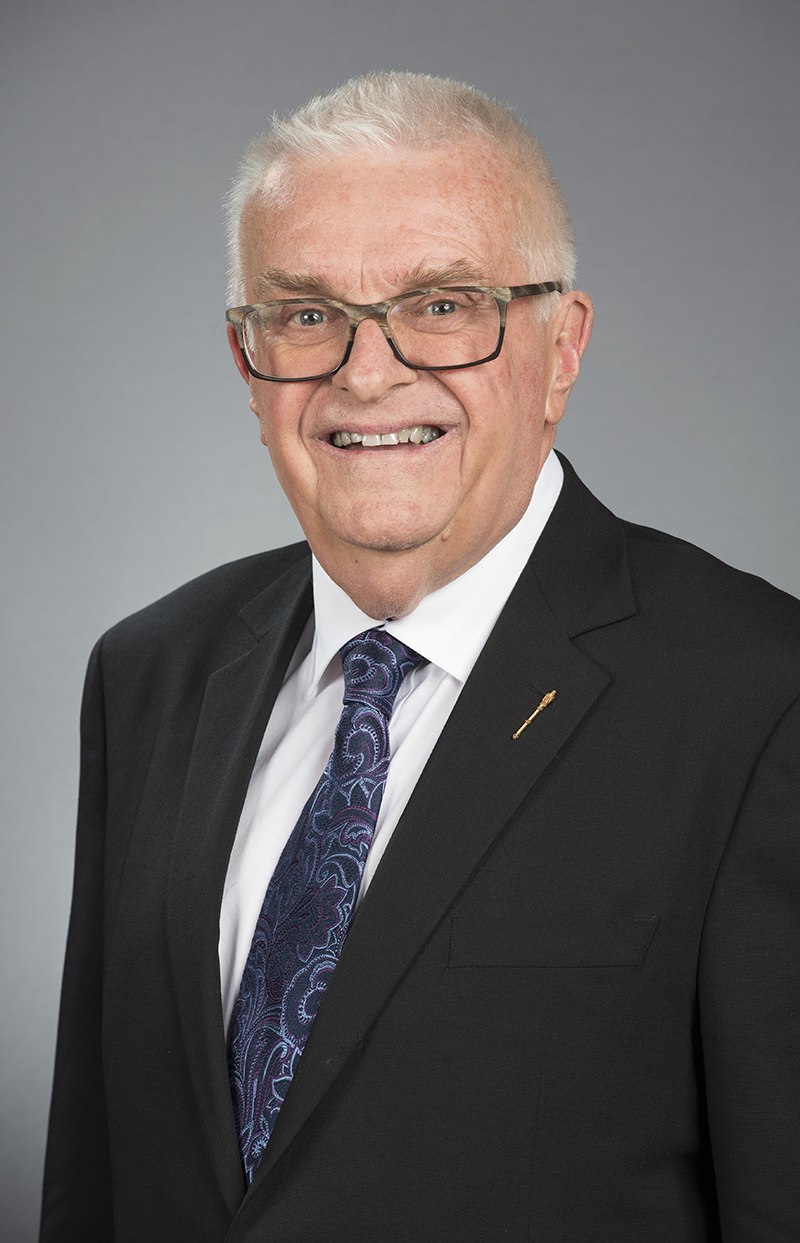 Greg Turner was elected to the 60th Legislative Assembly of New Brunswick in the September 14th, 2020, Provincial Election as MLA to represent the riding of Moncton South. Mr. Turner is the Government Caucus Chair. He serves as Chair of the Standing Committee on Economic Policy and Vice-Chair of the Standing Committee on Procedure, Privileges and Legislative Officers.

Mr. Turner, a Moncton native, is the only child of the late Austin and Evelyn Turner. Following his graduation from Moncton’s Harrison Trimble High School, he attended Sir George Williams University where he completed his Diploma of Retail Business Administration in 1971.

He then returned to Moncton to join the family business of Colpitts Men’s Wear Ltd., a fixture on Moncton’s Main Street for over 100 years, where he had a successful business career for over 45 years, before retiring in 2016. He and his wife Claudette operated a number of retail businesses in Moncton, spanning a career of almost four decades. They also were well known in the Community for spearheading many seasonal Shows and Events including Turner’s Christmas at the Coliseum, Speed Sport Car Shows, Victoria Park Arts and Crafts Fair, as well as the Magic Hands Festival of Fine Art.

Mr. Turner also enjoyed a lengthy motorsports career that saw him compete in events from Coast to Coast, including the Targa Newfoundland and the ALCAN 5000 Car Rallies. He and his wife Claudette were inducted into the Maritime Motorsport Hall of Fame in 2019. He also had a strong interest in Junior Hockey with over 20 years involvement, which included bringing the Quebec Major Junior Hockey League to New Brunswick.

Mr. Turner was elected to Moncton City Council in 2016 as a Councillor-at-Large. He has worked tirelessly on a number of files, including the economic revitalization of the City’s Downtown. He has also chaired Events Moncton during his time on Council, while also serving on a number of Committees, including Downtown Moncton Centre-Ville Inc., Downtown Development and Revitalization, Farmer’s Market and on the Board of Moncton Industrial Development Inc.

Mr. Turner has also contributed to many Volunteer Non-Profit Community Organizations, including Chair of the Fundy Trail Development Authority Inc., Past President of the Moncton West and Riverview Rotary Club, 100 Men That Care and Hospice South East New Brunswick.

Mr. Turner, along with his wife Claudette, have lived in the City’s Downtown core for nearly 20 years.