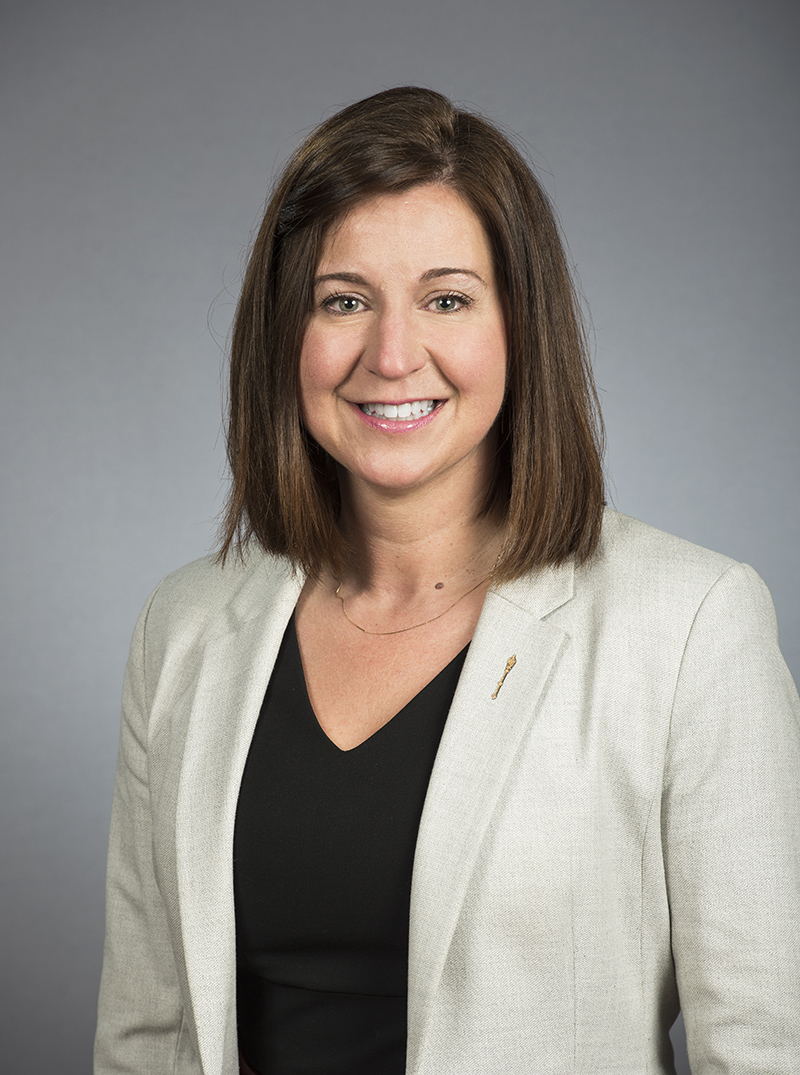 Andrea Anderson-Mason, Q.C. was elected to the 59th Legislative Assembly of New Brunswick in the September 24, 2018 provincial election to represent Fundy the Isles Saint John West. On November 9, 2018 she was appointed Minister of Justice and Attorney General and Minister responsible for Regional Development Corporation.

Ms. Anderson-Mason was re-elected to the 60th Legislative Assembly following the September 14, 2020 election. She was appointed Deputy Speaker on November 17, 2020.

Ms. Anderson-Mason was raised in Andersonville, New Brunswick, the youngest daughter to Clifton and Annie Anderson. Following her graduation from St. Stephen High School she attended the University of New Brunswick in Fredericton where she completed her Bachelor of Arts with a double Honours in Political Science and History in 1998 and Bachelor of Law in 2001.

She began her legal career with the firm of Clark Drummie in Saint John, New Brunswick and received her call to the New Brunswick Bar in 2002. In the fall of 2006, she returned to Charlotte County where she has practiced as a sole practitioner. She has represented a variety of clients in civil matters both at the Court of Queen’s Bench and the Court of Appeal.

Ms. Anderson-Mason is married to Richard Mason and together they are the parents to Grant and Andie Mason, residing in St. George.