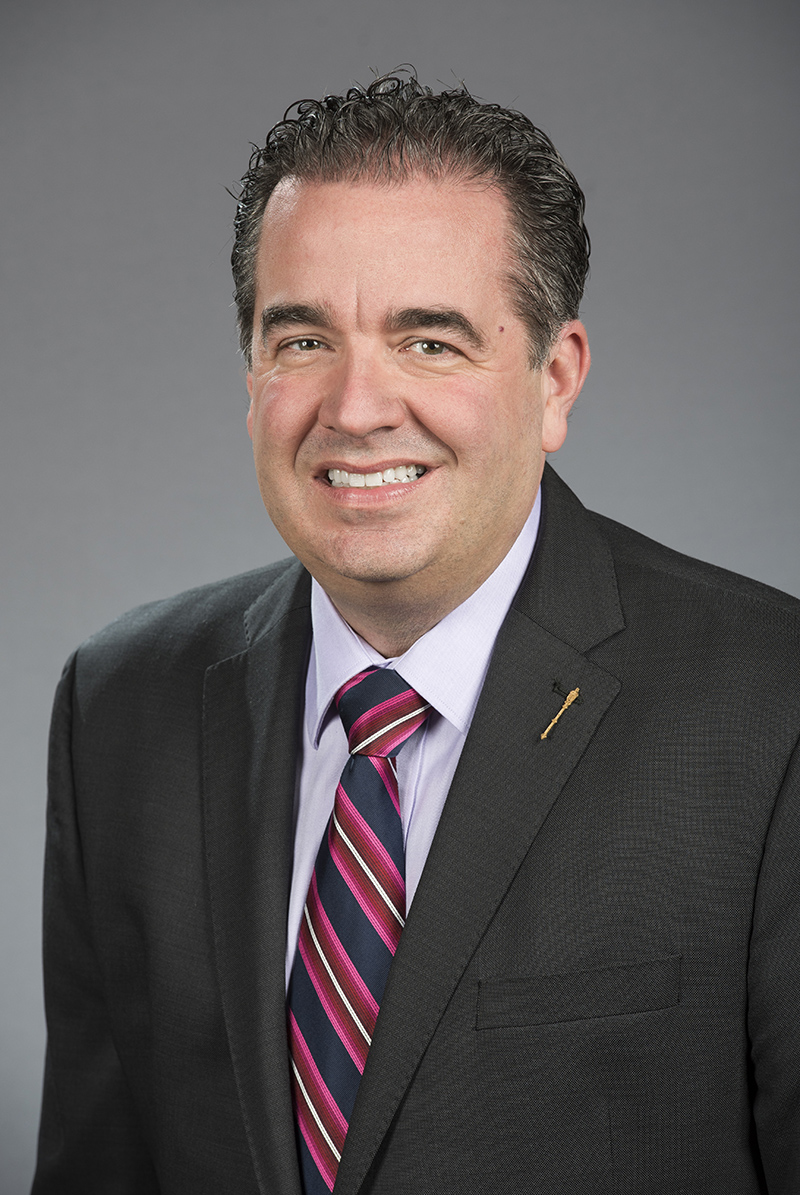 After first being elected as a Member of the Legislative Assembly on September 24, 2018, Jean Claude (J.C.) D’Amours was elected for a second mandate as the member for the Edmundston-Madawaska Centre riding on September 14, 2020. As a member of the Liberal Party, he was once again named Health Critic for the Liberal caucus following the September 2020 election.

Although this is his second mandate as an MLA, Mr. D’Amours has been in politics for many years. From 1998 to 2004, he served as a city councillor in Edmundston. In 2004, he was elected as Member of Parliament for the Madawaska-Restigouche riding. He was re-elected in 2006 and again in 2008. During those years, he served as the Official Opposition Critic for National Revenue, the Atlantic Canada Opportunities Agency, the Atlantic Gateway, and Official Languages. He also served on many committees.

As well as being an active member of his party, Mr. D’Amours also holds various positions on boards and participates in organizations and events in his community. Among other things, he has been Vice Chair of the northwestern region for the Tree of Hope provincial campaign and member of the boards of directors of Alianco and the Atelier des Copains and has chaired and co-chaired the organizing committee for the Salon du livre in Edmundston.

Mr. D’Amours lives in Edmundston with his wife, Hélène, and two daughters, Émilie and Alexandra.