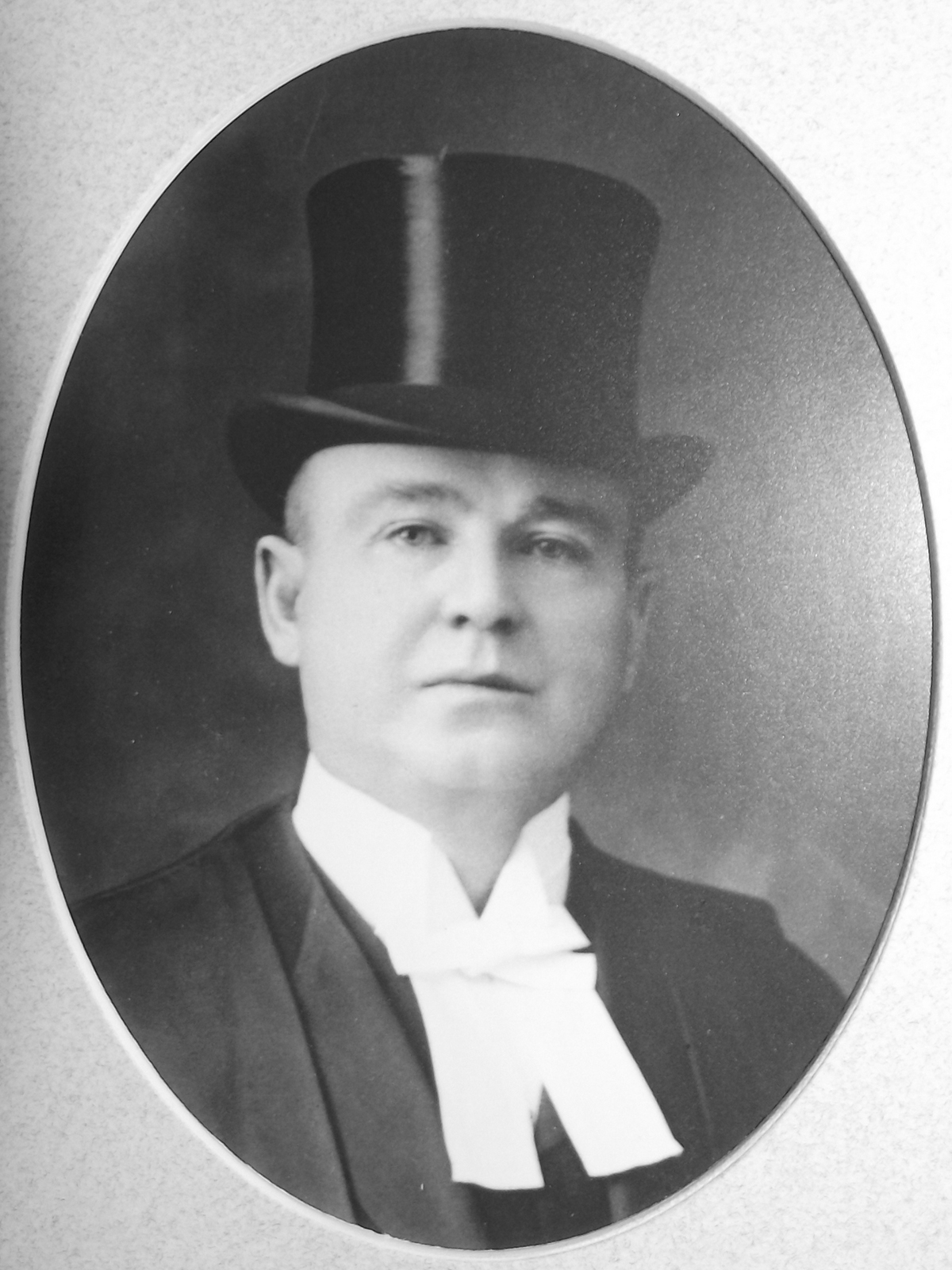 George Johnson Clarke was born October 10, 1857, in St. Andrews, New Brunswick. He was the son of Nelson and Mary Clarke, both residents of that place.

He was educated at the Saint Andrews public schools and at Fredericton, New Brunswick. He taught school in several places in Charlotte County while still in very early life. Later he studied law and was admitted to the Bar of New Brunswick as attorney on April 29, 1885, and as barrister, June 23, 1887.

He located at St. Stephen, New Brunswick and successfully engaged in the practice of his profession. For some time he was editor, manager and principal owner of the Saint Croix Courier. As a young man he served as town clerk of St. Stephen and he was Mayor of St. Stephen from 1898 through 1899. He also served as Warden for Charlotte County. He was appointed King's Counsel in 1907.

On September 11, 1889, he married Miss Bessie McKeown, daughter of Rev. Hezekiah McKeown. They had a family of two daughters.

He unsuccessfully contested Charlotte County for the House of Commons at the general election of May 5, 1891.

He unsuccessfully contested Charlotte County for the House of Assembly at the general election of Feb. 18, 1899.

He was first elected to the House of Assembly as one of the members for Charlotte County at the general election of February 28, 1903, and took his seat in the Legislature. He was re-elected at the general elections of March 3, 1908 and June 20, 1912. He was re-elected to the House of Assembly at a by-election held February 19, 1914, made necessary by his acceptance of a Cabinet office. He sat as a member until the dissolution of the Legislature in 1917 when he retired due to ill health.

He was twice honoured with the appointment of Speaker of the House of Assembly. He was first elected to the position on March 18, 1909, and he was re-elected on February 13, 1913. He held the position until 1914. The Gleaner of February 27, 1917 indicates that he: “... held that position in a dignified manner, enjoying the confidence and respect of members on both sides of the House."

On January 22, 1914, he was sworn in as a member of the Executive Council of New Brunswick and received the appointment of Attorney General in the administration of the Hon. James K. Flemming. He held this appointment until Dec. 17, 1914, when he became Premier and Minister of Lands and Mines on the resignation of the Hon. Mr. Flemming. He resigned these offices on February 1, 1917, due to ill health, and was succeeded by the Hon. James A. Murray, Minister of Agriculture, as Premier.

While George Clarke was Minister of the Department of Lands and Mines, he was directly responsible for a large volume of progressive legislation, particularly the measure providing for the reclassification of the Crown lands of the province. At that time the resulting new legislation was declared to be the most advanced policy of any province in Canada.

He died February 26, 1917 at his residence, St. Stephen, New Brunswick, after a lengthy illness.