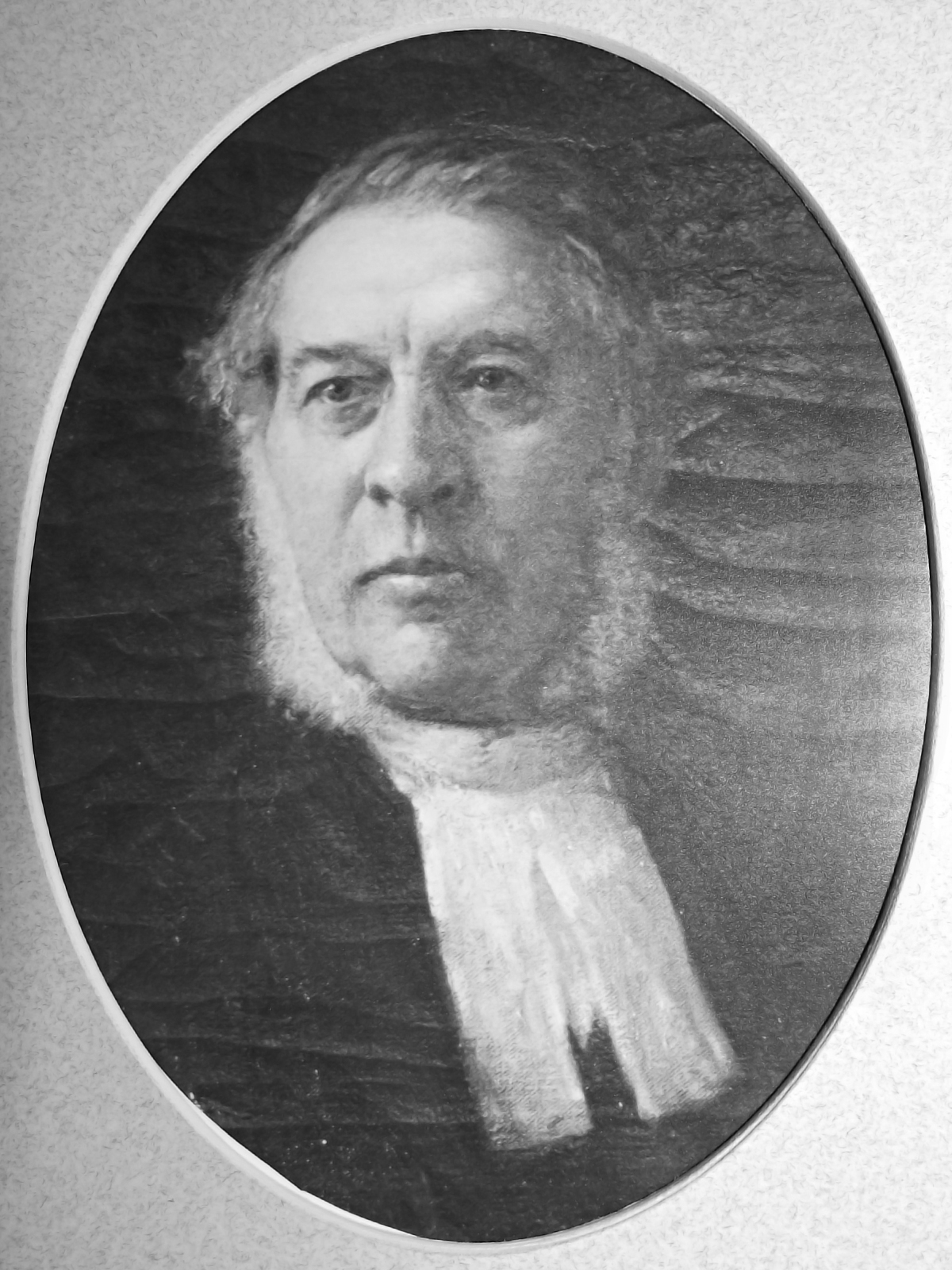 The Hon. John C. Allen was born October 1, 1817 in the parish of Kingsclear, York County, New Brunswick. He was the grandson of Isaac Allen, United Empire Loyalist, who left New Jersey in 1783 to settle in the province of Nova Scotia. His father, John Allen, was active in the militia and represented York County in the Legislative Assembly from 1809 until 1846.

John Campbell Allen was educated at the Fredericton grammar school and studied law with the Hon. John Simcoe Saunders. He was admitted to the Bar of New Brunswick as attorney in 1838 and as barrister in 1840.

Mr. Allen took an active interest in the militia. In 1835 he joined a volunteer company of artillery in Fredericton which later became the New Brunswick Regiment of Artillery. He rose to the position of Second Lieutenant, First Lieutenant, Adjutant and Captain. From 1844 to 1848 he was aide-de-camp to Sir William Colebrooke, the Lieutenant Governor of New Brunswick.

In 1845 he married Margaret A. Drury, daughter of the late Charles Drury. They had a family of seven sons and two daughters.

In 1845 he was appointed one of the commissioners for settling land claims under the Treaty of Washington. In 1847 he published a digest of rules of the Supreme Court and the Acts of the Assembly relating to the practice of the courts. For several years he was a reporter for the Supreme Court. In 1851 Mr. Allen was appointed Clerk of the Executive Council and held that office until January 1856 when he resigned and offered as a member of the House of Assembly for York County.

First elected to represent York County in a by-election on February 28, 1856, made necessary by the death of James Taylor, he was re-elected in the general election of June 13, 1856. Subsequently, he was appointed Solicitor General, a position he held until May 1857 when the government resigned, having been defeated at the general election. He was re-elected May 8, 1857, and again on June 4, 1861.

Mr. Allen was Speaker of the House of Assembly from February 13, 1863 until the dissolution of that body in 1865 for the purpose of ascertaining the opinion of the people on the question of Confederation, as agreed upon by the delegates assembled at Quebec the previous September. He was re-elected March 2, 1865 and April 17, 1865 as a representative opposed to Confederation.

Mr. Allen received the degree of Doctor of Laws from the University of New Brunswick in 1882 and that of Doctor of Civil Law from King's College, Windsor in 1890. In 1888, to commemorate his fiftieth anniversary as an attorney, he was presented with a valuable piece of plate by the members of the Saint John Bar. He was knighted by Her Majesty Queen Victoria in 1889.