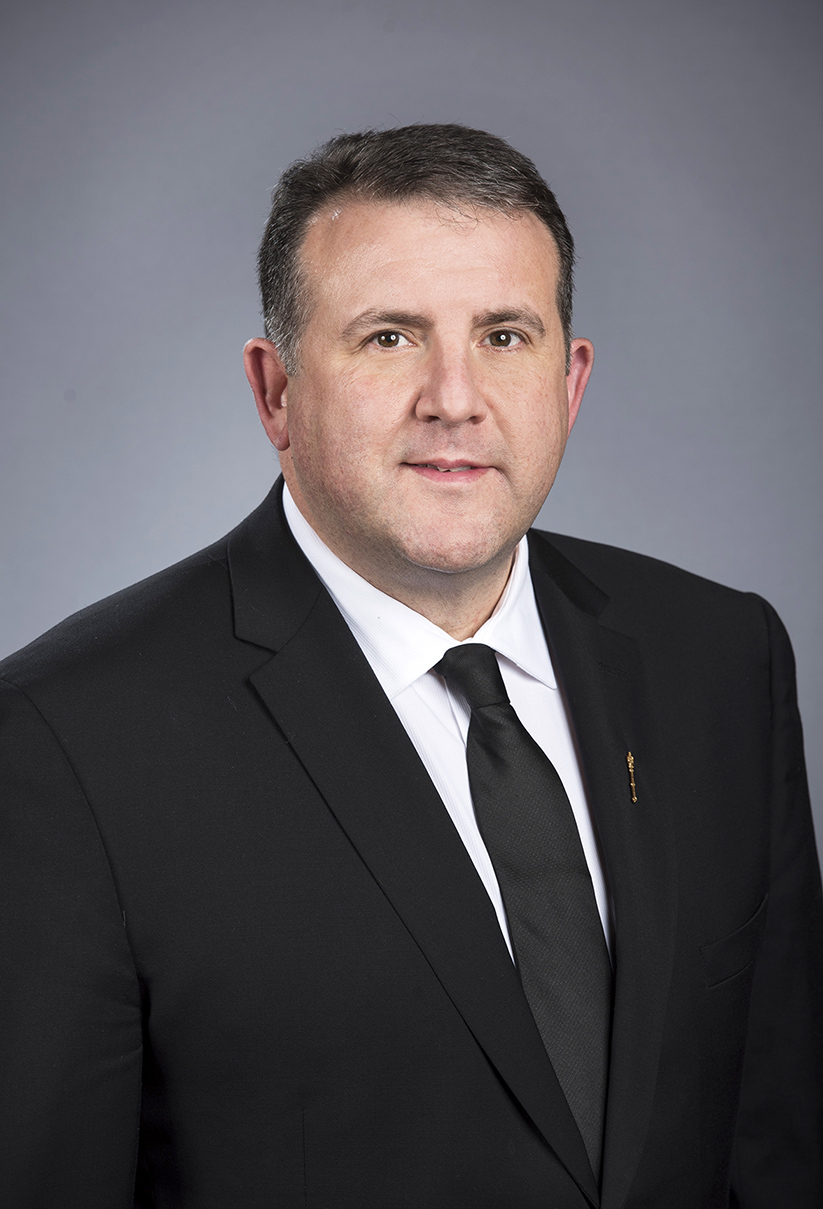 Daniel Allain was elected on September 14, 2020, as the member for Moncton East. On September 29, 2020, he was sworn in as Minister of Local Government and Local Governance Reform.

Mr. Allain was elected councillor at large in Dieppe during the municipal election on May 9, 2016, and sat on the Codiac Regional Policing Authority.

Mr. Allain was employed with the Bank of Montreal Financial Group in Moncton. He served as a Business Development Manager in the Atlantic Canada commercial bank division. He worked as Director of Corporate Affairs and Strategic Relations at Imperial Manufacturing Group from 2014 to 2020. In 2013, during the mandate of Premier David Alward, he was appointed Deputy Minister of Management and Administration in the Office of the Premier of New Brunswick, and, in 2010, he was appointed President and Chief Executive Officer of NB Liquor. From 2000 to 2003, he was Executive Assistant to Premier and member for Moncton East Bernard Lord.

He is Past President of the South-East Ringette Association. He also volunteers for the Marc Allain Foundation. He received a Diamond Jubilee Medal in 2012 for his work on community initiatives. In 2019, the faculty of administration of the Université de Moncton awarded him an honorary degree in recognition of his exceptional professional career and his contribution to the influence of the faculty of administration.

Mr. Allain grew up in Lewisville and attended Champlain, Vanier, and Mathieu-Martin schools. He holds a bachelor’s degree in social science with a concentration in political science, as well as a master’s degree in business administration from Université de Moncton.