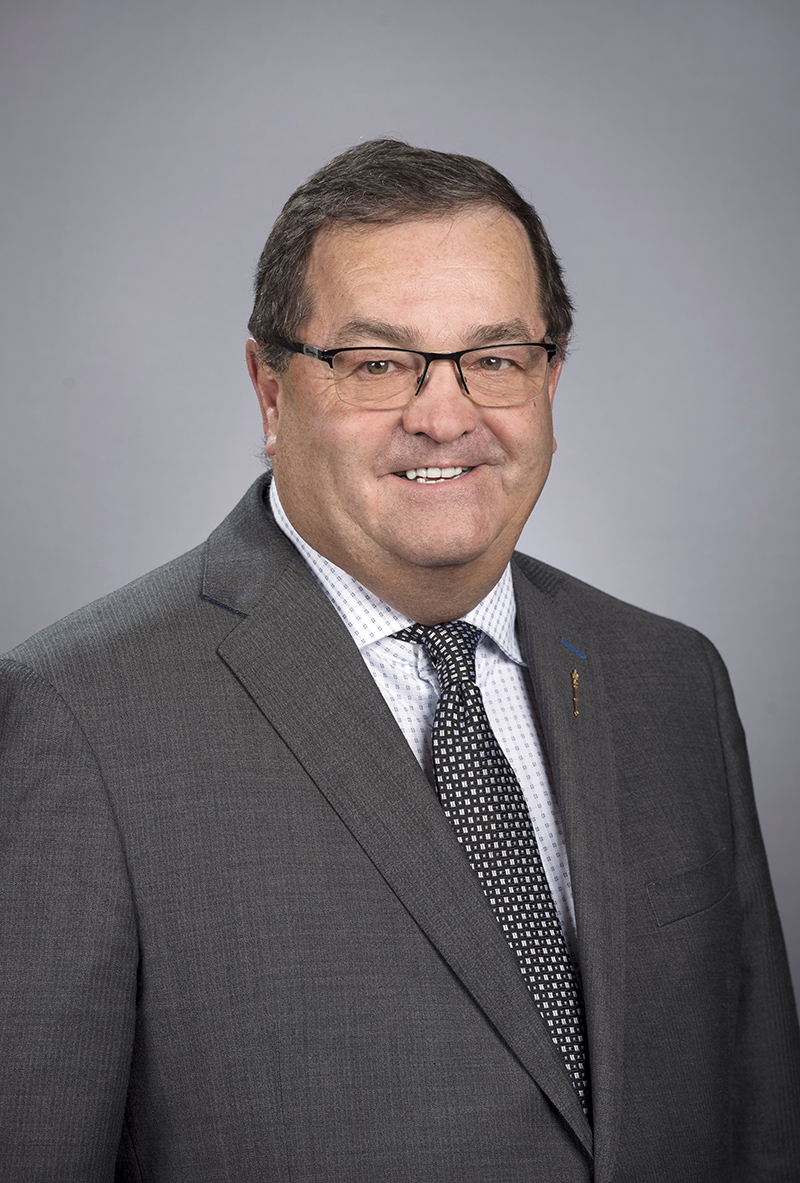 Born on March 10, 1955, in Sussex, New Brunswick, Gary Crossman is the son of Edward and Jacqueline Crossman. He graduated from Hampton Consolidated School (1973). He completed his Bachelor of Education (Physical Education) Degree with a major in Biology and Guidance (1977), as well as, a Master of Education in Administration Degree (1995), at the University of New Brunswick, in Fredericton.

He was employed with the New Brunswick Department of Education from 1977 to 2010. During his 32 years of successful teaching and administration, he worked at a number of schools throughout the former Districts 6 and 8. He taught five (5) years at Belleisle Elementary and High School, 10 years at Hampton Junior High School, and spent 4 years as district health and physical education coordinator. Following this, he moved to administration roles, serving four (4) years as vice-principal at Hampton Elementary School and seven (7) years as principal at Belleisle Elementary School. He retired from the education system in 2010, following four (4) years as principal at Sussex Elementary School.

Mr. Crossman was elected to Hampton Town Council as deputy mayor in the 2010 municipal election. He was the successful candidate for the Anglophone District Education Council-Sub District 10, serving all schools in the Hampton, Belleisle, Kingston and Titusville areas. He is the former vice-president of the Sussex Health Foundation Committee.

Mr. Crossman was re-elected on September 24, 2018, as the Progressive Conservative MLA to represent the riding of Hampton. He was first elected during the September 22, 2014 provincial election.

Mr. Crossman was again re-elected in the 2020 election. On October 6, 2020, he was sworn in as the Minister of Environment and Climate Change and Minister responsible for Regional Development Corporation (RDC), in the cabinet of Premier Blaine Higgs.

Mr. Crossman has always been active in his community. He has served on the Hampton Community Centre Board of Directors and the Town of Hampton Planning Advisory Committee, as well as, serving many years on the executive of the Hampton Soccer Association and coaching various sports for many years. He is a volunteer at the Hampton Food Basket and a past volunteer at the Dr. V. A. Snow Centre Nursing Home.

Mr. Crossman and his wife Marcia have three children: Katie (Owen) Brinson, Patrick (Ashley) and Gregory (Regina). They are proud grandparents of their four (4) grandchildren, Carter, Hudson, Ellie and Max.