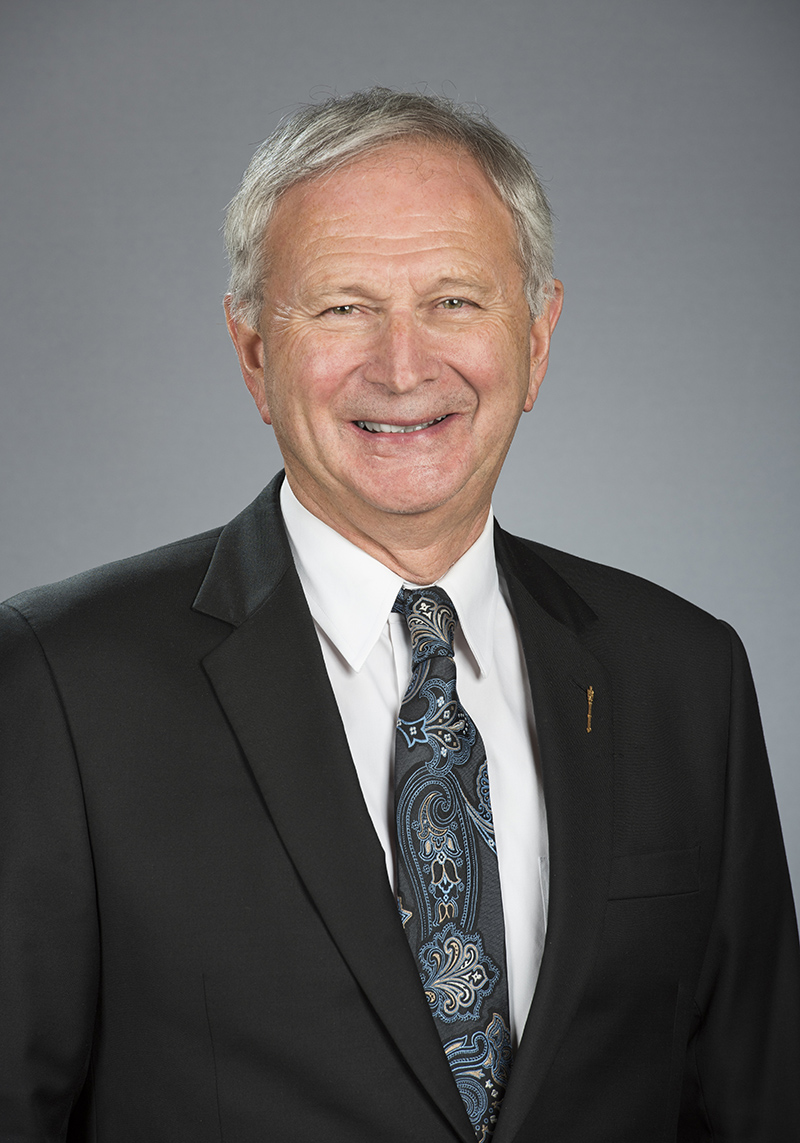 Blaine Higgs, Member of the Legislative Assembly for Quispamsis, was born in Woodstock, New Brunswick. He graduated from the University of New Brunswick with a Bachelor of Science degree in Mechanical Engineering. In 1993, he completed the Executive Management Training Program at Queen’s University. He also has taken courses in finance in 2003, and Leadership and Influence at Babson Executive Training and Education in 2006.

Immediately following university, Mr. Higgs joined Irving Oil Limited in Saint John, New Brunswick, where he held numerous positions of increasing responsibility in engineering, refining operations and in the transportation sector. Prior to retirement in May 2010, he was Director of Logistics and Distribution, with overall responsibility for the transportation and bulk storage requirements for the reliable supply of refined products to customers throughout Eastern Canada and New England.

He was a member of the Irving team negotiating with Repsol on the Canaport LNG project. He also served on the Board of Directors for Canaport LNG and the New Brunswick Gateway Council.

Mr. Higgs was re-elected to the Legislative Assembly on September 22, 2014, as MLA for Quispamsis. In 2016 he was elected Leader of the Progressive Conservative Party. On September 24, 2018, was elected for a third term as the MLA for Quispamsis. On November 9th, 2018 he formed the first minority government in 100 years and became the 34th Premier of New Brunswick. On September 14th, 2020, Premier Higgs was elected for a fourth term and formed a majority government, becoming the first Premier since Premier Bernard Lord to secure a second mandate from the people of New Brunswick.

He has traveled extensively for business and pleasure. The insight learned through this interaction with different cultures provides him with a real appreciation for the challenges that New Brunswick faces in the global economy.

Mr. Higgs has been a resident of Quispamsis for over 40 years, and a long-standing member of Kennebecasis Baptist Church. He and Marcia were married in 1978 and have four daughters: Lindsey, Laura (Reid Gilmore), Sarah (Jeff Wilkinson) and Rachel (Matthew Hiltz). They are also blessed with 4 grandchildren, Nadia, Alexander, Samuel and Sadie. They all enjoy spending time in the country and pursuing many outdoor activities, such as swimming, boating, skiing, snowmobiling, and fishing.