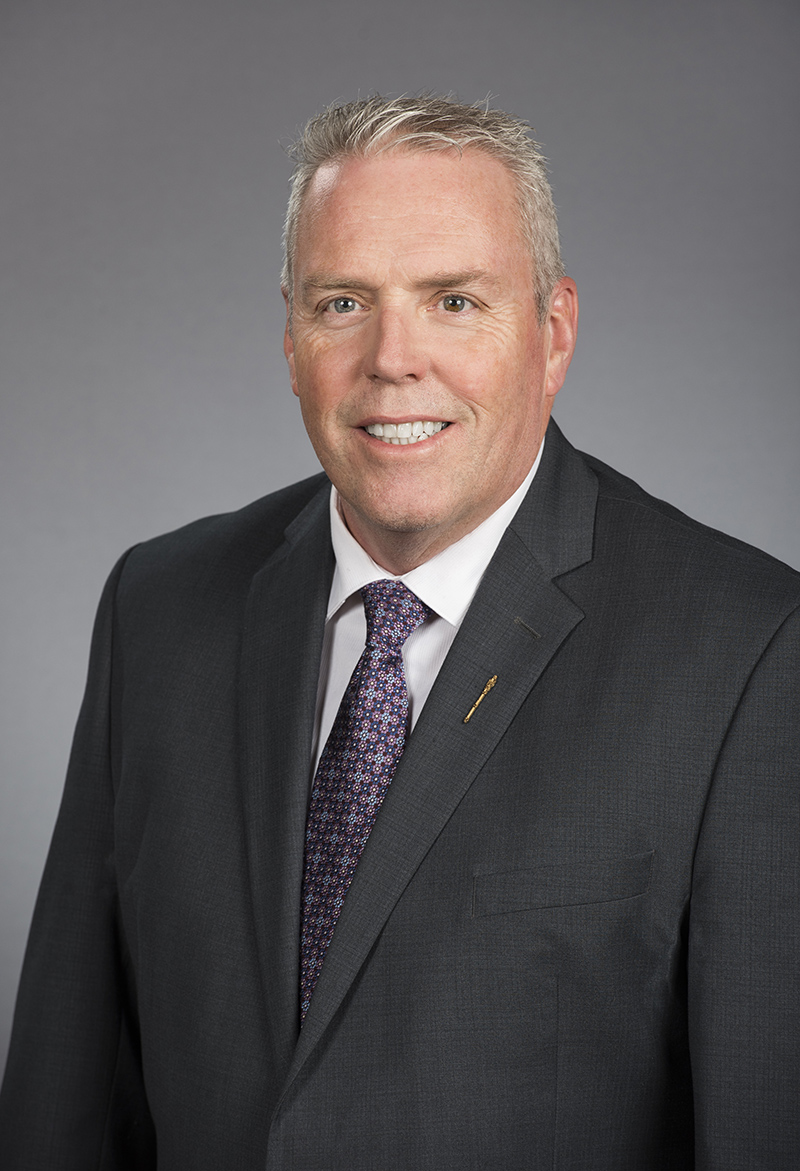 Ernie Steeves was born in Fredericton, New Brunswick on February 12th, 1961. His family moved to the Moncton area in 1965 where he has lived most of his life and is now raising his son Aidan.

Since 2018 Minister Steeves has served as the Minister of Finance and Treasury Board. He has also served as Minister responsible for NB Liquor, Cannabis NB, Atlantic Lottery Corporation, Financial and Consumer Services Commission, and the government of New Brunswick’s Human Resources.

Minister Steeves was a 32 year veteran of radio broadcasting and business owner in Moncton.

He is very community minded and has served in a variety of roles, including honorary chair for the Ride for Dad for prostate cancer. He has volunteered at the Karing Kitchen, Moncton Headstart, the Friends of the Moncton Hospital, and, as a cancer survivor, the Canadian Cancer Society. He sat on the Board of Directors for the Greater Moncton Football Association and the Board of Directors for Football New Brunswick.