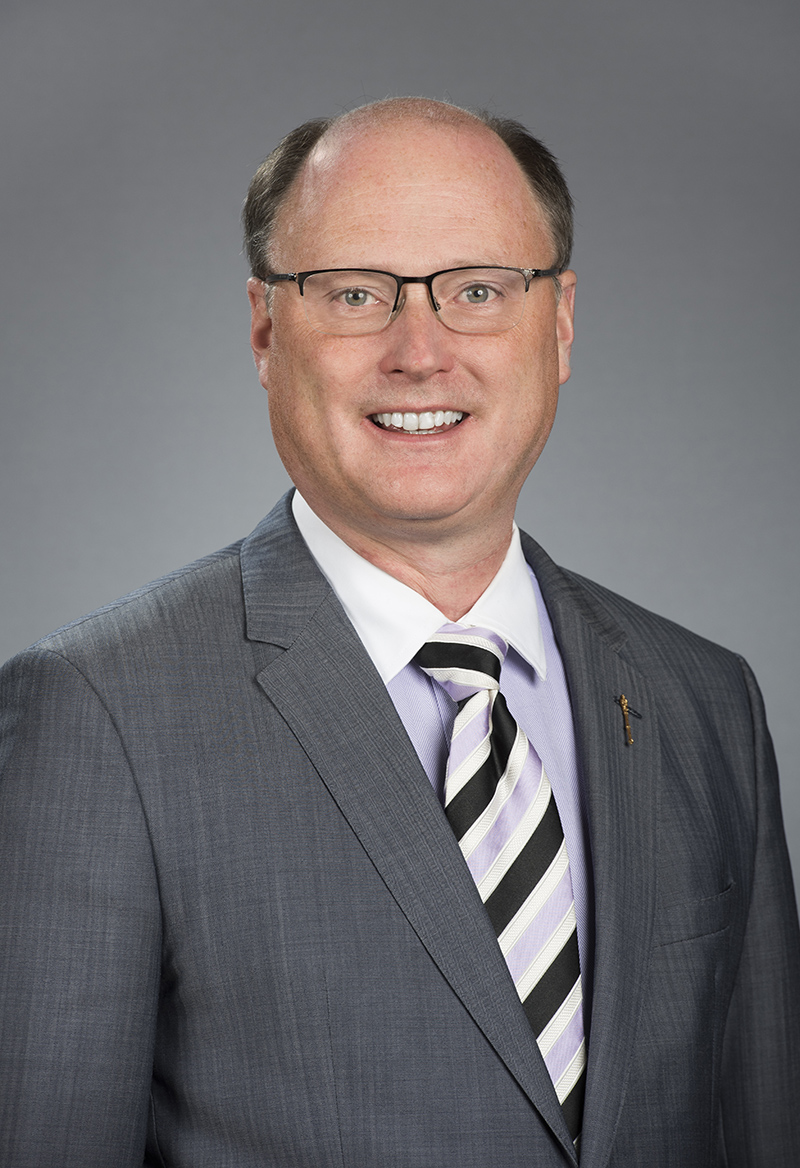 The Honourable Trevor Holder was appointed as Minister of Post-Secondary Education, Training and Labour in November 2018.

First elected to the Legislative Assembly of New Brunswick during the June 1999 provincial election as the member representing the electoral district of Saint John Portland, Mr. Holder has been elected six times, including his most recent re-election to the 60th Legislature as the Member for Portland-Simonds on September 14, 2020.

In opposition, Mr. Holder has served as official Opposition Deputy House Leader and has also been the Official Opposition critic for areas of interest related to the environment, social development, post-secondary education, training and labour, poverty reduction, the Labour and Employment Board, and WorkSafeNB.

He has served on numerous legislative committees, including the Standing Committees on Crown Corporations, Legislative Administration, Procedure, Ombudsman, Education, Health Care, Estimates, Private Bills, and Privileges and served as the Chair of the Public Accounts Committee.

Mr. Holder attended Saint John High School, graduating in 1991. He continued his education at the University of New Brunswick in Saint John, where he received a Bachelor of Arts in political science and history in 1995.

From 1996 until his election in 1999, he was employed as a financial planner in Saint John. He served previously as an executive member of the Council of State Governments – Eastern Regional Conference and was a member of the Maine-New Brunswick Trade Corridor Committee.

Active in the community, he is a member and past president of the United Empire Loyalist Association, the Carleton Union Lodge and the Royal Canadian Legion Branch #64. He is an active member of St. Lukes Anglican Church, Parish of Portland.

Mr. Holder and his wife, Brenda, and daughters Margaret, and Katherine, live in Saint John.