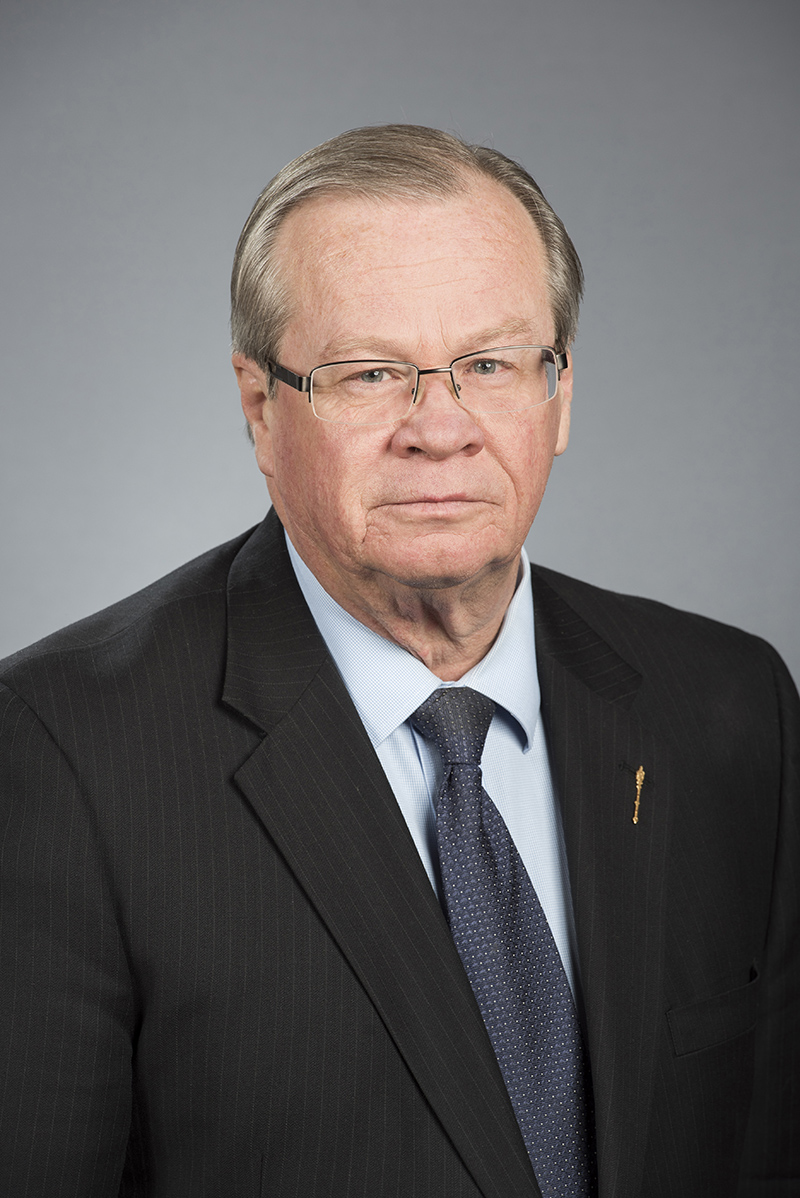 Hugh John Alexander (Ted) Flemming, K.C., was re-elected in the September 2020 election to represent the constituency of Rothesay. He was appointed Attorney General and Minister of Justice and Public Safety on September 29, 2020.

Mr. Flemming is from the fourth generation of the Flemming family to seek office under the Progressive Conservative Party of New Brunswick.

A resident of Rothesay for over three decades, Mr. Flemming is a graduate of the University of New Brunswick, Saint John campus, and the Faculty of Law at UNB Fredericton, where he was a Beaverbrook Law Scholar.

He practised law for more than two decades, specializing in corporate, commercial, securities, and transportation law, and owned several successful businesses. He was appointed Queen’s Counsel in 1992.

Mr. Flemming has been very active in his community and the Greater Saint John region. He has served as a director of the Market Square Corporation, the New Brunswick Securities Commission, the Saint John Port Authority and the Business Development Bank of Canada. He also served on the Town of Rothesay Planning Advisory Committee and as Atlantic Canada representative on the Rhodes Scholarship Selection Committee.

Mr. Flemming and his wife Nancy have three adult children and five grandchildren.