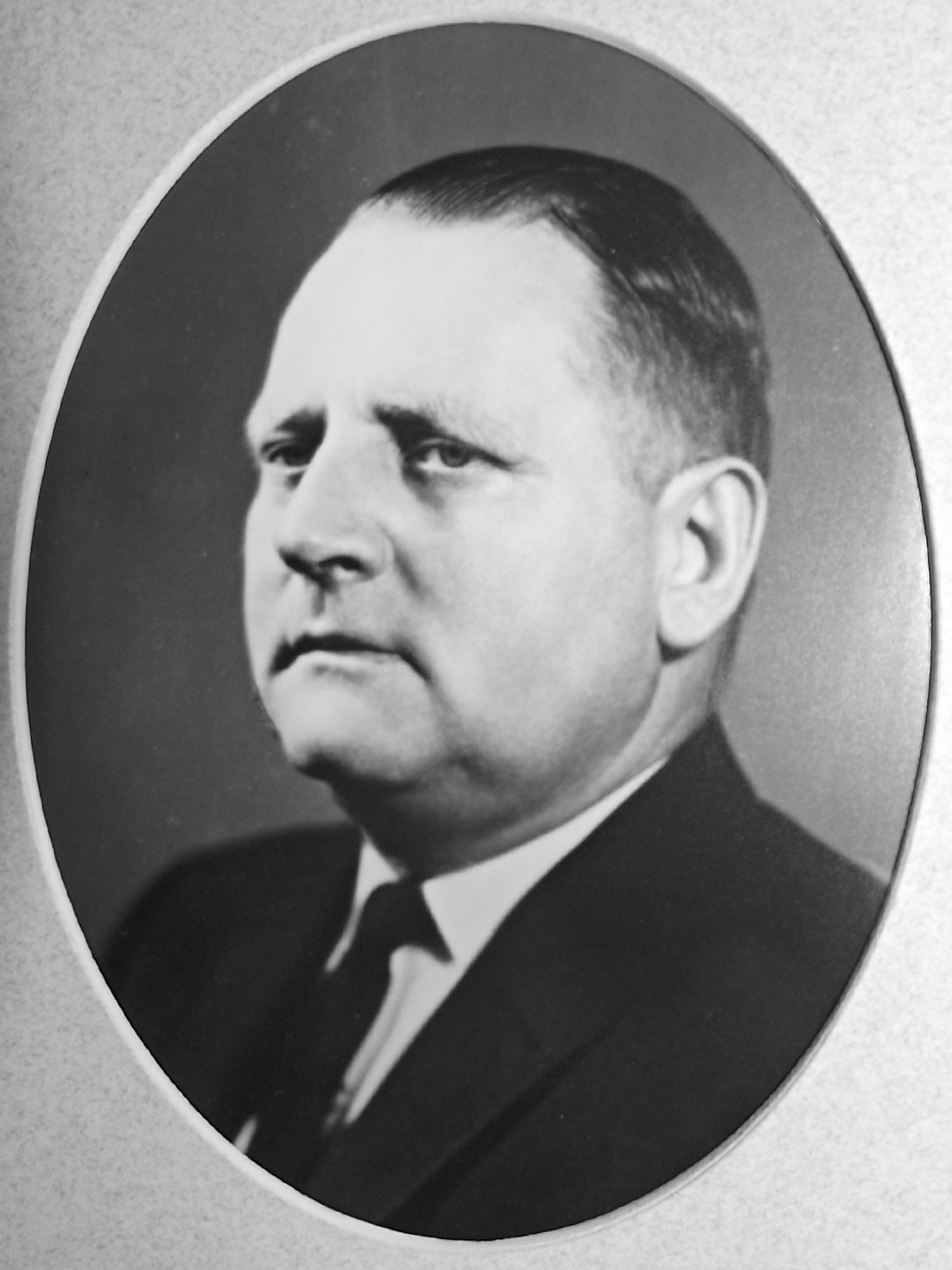 arry Williamson was born August 19, 1916, at Bathurst, N.B. He was the son of Douglas Ralph (Harry) and Ethel Mary Rennie Williamson.

He was educated at the Bathurst grammar school and at Sacred Heart University, Bathurst, N.B.

During the Second World War he enlisted as a private and rose to the rank of captain with the North Shore Regiment, seeing service overseas. From 1951 to 1953 he was attached to the 27th Canadian Infantry Brigade as part of Canada’s NATO commitment.

He located at Bathurst and engaged in business as a lumber contractor, stockbroker and prospector. He was associated with Williamson Development Co., Ltd.; Milado Mines Ltd., and Red Rock Mines Ltd.

On August 18, 1936, he married Miss Alice Marion Brown, daughter of Robert Brown. Their family consisted of one son and one daughter.

On November 20, 1967, he was sworn in as a member of the Executive Council of New Brunswick and received the appointment of Minister of Labour in the administration of Hon. Louis J. Robichaud. In February of 1970 he was appointed Minister of Economic Growth. He was re-elected at the general election of October 26, 1970.

In the Telegraph Journal of August 26, 1972, Premier Hatfield paid the following tribute to Hon. Mr. Williamson:

During his 12 years in the Legislature, Mr. Williamson earned the friendship and respect of members on both sides of the House. During future sessions, his presence will be greatly missed.