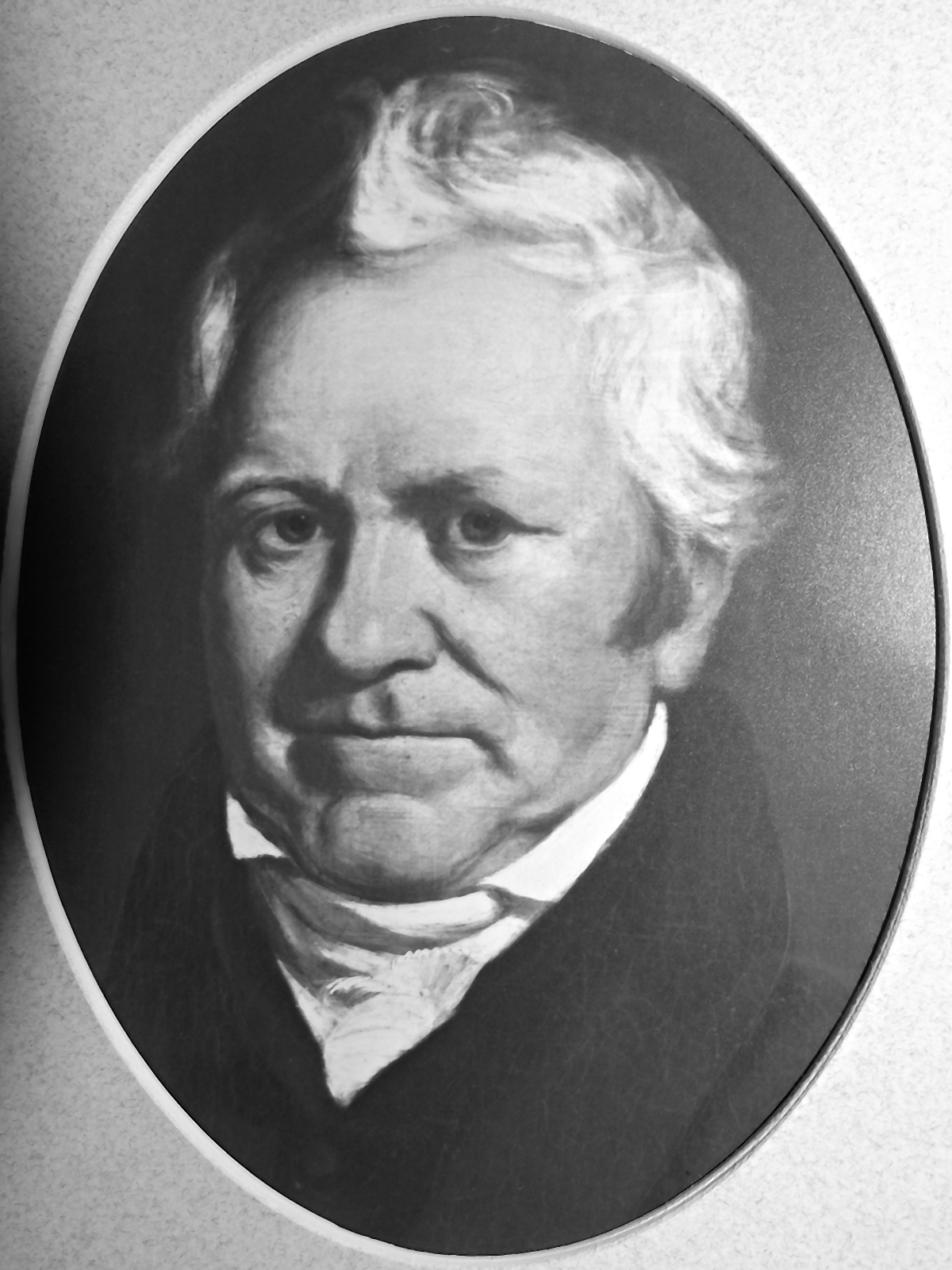 John Robinson was born July 15, 1761 at Highlands on the Hudson River, New York, in the house which later became Gen. Washington's headquarters. A Loyalist of Colonial English ancestry, he was the son of Col. Beverley Robinson, prominent Loyalist officer and member of His Majesty's Council, and his wife, Susanna Philipse. Until compelled to leave the colonies as a loyal subject of King George III, Col. Beverley Robinson was a contemporary and a personal friend of George Washington. John Robinson was a grandson of Hon. John Robinson, President of the colony of Virginia.

Educated at the public school and by private tutors, at the outbreak of the Revolutionary War, he enlisted in the Loyal American Regiment raised and commanded by his father, Col. Beverley Robinson. He was gazetted Ensign November 15, 1777, and promoted to Lieutenant in June 1781. He served with distinction throughout the war and was present at the Battle of Kings Mountain. He was actively engaged until the evacuation of New York in 1783.

At the close of the war he came with his regiment to Nova Scotia. Very soon after his arrival in New Brunswick, John Robinson became the first Sheriff of Queens County. He retained this position for a brief period until he moved to Saint John where he located permanently. He established a mercantile business and became one of the influential citizens of the city. For some time he held the position of Paymaster of the Forces.

At the first meeting of the stockholders of the first chartered bank, the Bank of New Brunswick, held at the Coffee House in Saint John, June 12, 1820, he was elected a director. Shortly after, he was chosen first president. He was mayor of Saint John from 1816 until his death in 1828.

On Nov. 16, 1787 he married Miss Elizabeth Ludlow, daughter of the Hon. George Duncan Ludlow, the first Chief Justice of the province of New Brunswick. By this marriage there was a family of five sons and two daughters. Mrs. Robinson died in Paris, France in 1823 at the age of 56.

John Robinson was first elected to the House of Assembly of New Brunswick as one of the members for Saint John City at the general election of October 1802, and sat in that Legislature until its dissolution in 1809. He did not seek re-election but was again elected to the House of Assembly at a by-election held November 7, 1810 to fill the vacancy created by the death of the sitting member, John Garrison. Mr. Robinson sat as a member until the dissolution of the Legislature in 1816 when he retired from active politics.

On January 13, 1813, he was chosen Speaker of the House of Assembly, following the death of the Hon. Amos Botsford. John Robinson held that position until his retirement from the House in 1816.

He died on October 8, 1828 at his residence in Saint John. His obituary in the Weekly Observer describes Hon. Mr. Robinson:

In all the various situations of public life which Mr. Robinson has successively filled, he has been uniformly distinguished by the same undeviating rectitude of principle, enlightened intelligence, and liberality of conduct...