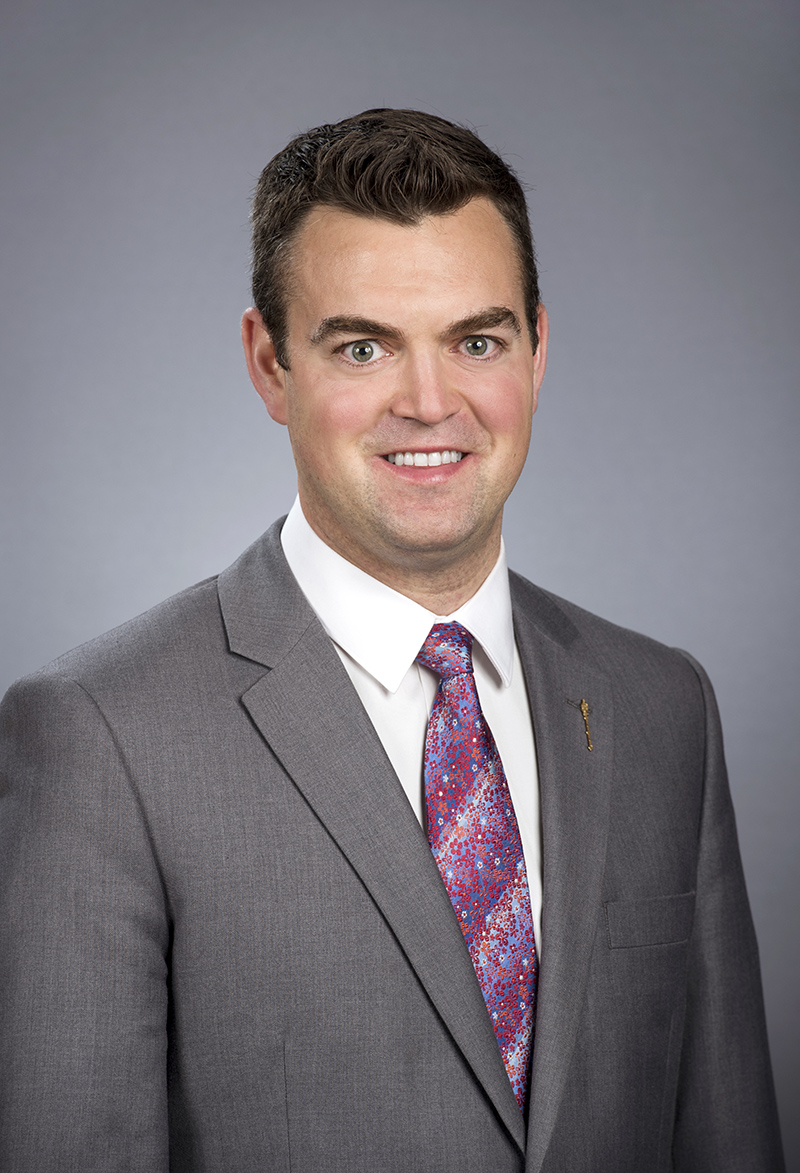 Born and raised in Moncton Centre, Robert McKee was first elected to the New Brunswick Legislature as a Liberal Member for Moncton Centre in 2018 and was re-elected on September 14, 2020. Mr. McKee also served on Moncton City Council for Ward 3 from May 2016 until his election to the New Brunswick Legislature in 2018. Having first served as the opposition critic responsible for Justice and Attorney General, he now serves as the opposition critic for Finance and the Treasury Board as well as the Attorney General. Mr. McKee also maintains a small law practices at Fowler Law in Moncton.

Mr. McKee has been an active community volunteer for many years. In addition to serving breakfast to children at Queen Elizabeth School and helping with the school drop-off zone at École Saint-Henri, he has been a volunteer board member with non-profit agencies in Moncton in areas that he is passionate about. Mr. McKee is currently President of St. Augustine’s Housing Ltd., a non profit agency that offers affordable housing to seniors, and formerly sat on the board of the John Howard Society of Southeastern New Brunswick, a non profit agency that offers programs to at risk individuals to help them live healthy and productive lives. He also has experience as Chairperson for the Mental Health Review Board.

Having participated in minor football, hockey and soccer in his youth, and a former player and executive member with the Moncton Black Tide Rugby Club, he is now a youth hockey coach with the Moncton Minor Hockey Association.

He is a third generation McKee to be elected to the New Brunswick Legislature as his father and grandfather were both Members of the Legislative Assembly. Michael McKee represented Moncton North from 1974 to 1992 and Killeen McKee represented Kent from 1940 to 1950.

Mr. McKee and his wife Tara have two children Michael and Anna.