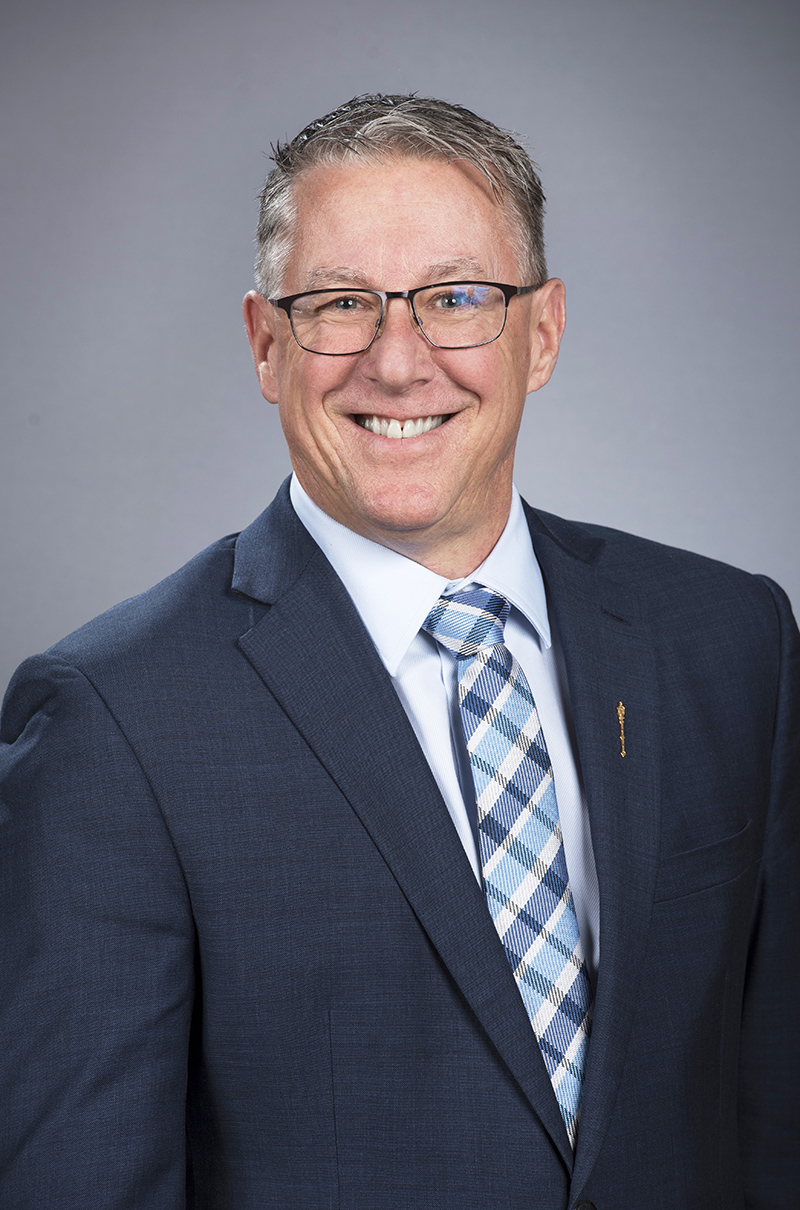 Gilles LePage was first elected to the Legislative Assembly as the member for the new riding of Restigouche West in the September 22, 2014, provincial election. He was re-elected on September 24, 2018, and on September 14, 2020.

On September 5, 2017, he was appointed Minister of Labour, Employment and Population Growth, a new portfolio created to better partner with the labour movement, workers, and employers and to help keep our young people in the province, encourage New Brunswickers to come back to the province, and support recruitment of newcomers. Following the 2018 election, Mr. LePage was appointed Acting Minister of Tourism, Heritage and Culture.

Born in Dalhousie in 1966, Mr. LePage graduated in 1984 from Aux quatre vents school, Dalhousie. He received his postsecondary education at Université de Moncton, graduating in 1989 with a bachelor’s degree in business administration with a concentration in marketing and going on to obtain a certificate in municipal administration in 2008.

Mr. LePage became involved in his community as coach, executive director, and chef de mission for the Jeux de l’Acadie. This is how he met his wife, Johanne, with whom he has two daughters, Valérie and Myriam.

He has 25 years of experience in community and economic development. After eight years at the helm of the Société des Jeux de l’Acadie, Mr. LePage worked as an economic development officer for the Restigouche Regional Economic Development Commission. He then worked in the private sector as a dispatcher and personnel manager for Dynamic Transport. From 2001 to 2008, he was Executive Director of the Village of Balmoral, before taking the position of director of sustainable development for this municipality, a position he held until March 2014. From 2010 to 2011, he was the coordinator of the Restigouche East community action plan.