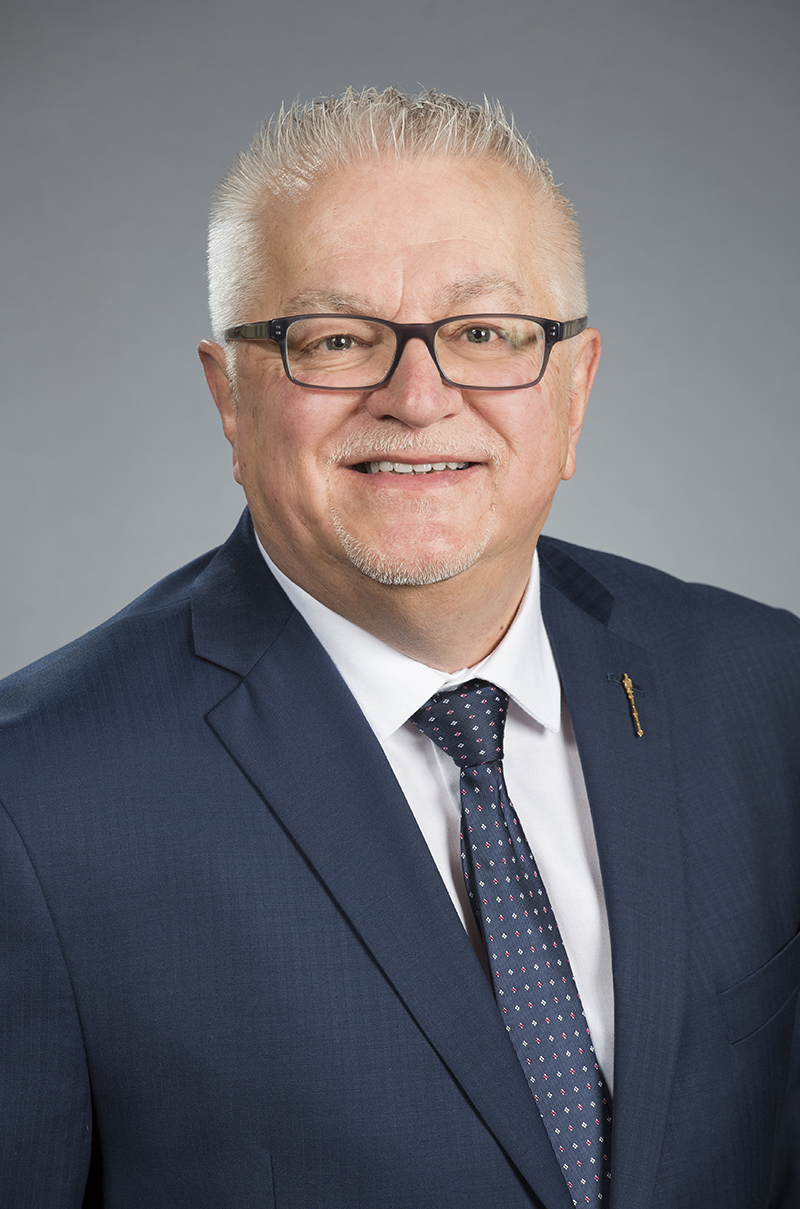 Eric Mallet was elected to the 60th legislature on September 14, 2020, to represent the riding of Shippagan-Lamèque-Miscou. On October 5, 2020, he was named Public Safety Critic and Service New Brunswick Critic for the official opposition. He is also a member of the Standing Committee on Climate Change and Environmental Stewardship and the Standing Committee on Private Bills.

On a professional level, Mr. Mallet has 35 years of experience working in the federal government as a citizen service officer at Service Canada. As part of his work, he dealt with various files, including employment insurance, pensions, passports, and social insurance numbers. He was also secretary of his local of the Public Service Alliance for one year.

Mr. Mallet has been active in various capacities in his community for 43 years. Year after year, he has remained dedicated to the projects and organizations he cares about, taking on increasing responsibilities over time.

In 1988, Mr. Mallet became a member of the Club Richelieu Shippagan, an organization that promotes the Francophonie and supports youth and in which he has been involved for 32 years. Over the years, he served as secretary and vice-chair of the organization. From 1993 to 2017, he was also elected chair of the club seven times.

In 1989, Mr. Mallet joined the committee of the New Brunswick Fisheries and Aquaculture Festival, which takes place in Shippagan and is one of the oldest in the region. The festival brings people together to recognize the contribution of those who work in the fishing and coastal industries to the socioeconomic impact of the region. Over the years, Mr. Mallet served as treasurer, director, vice-chair, and chair of the organizing committee, until leaving the organization in 2017.

In 2006, Mr. Mallet joined the board of Operation Red Nose for the Acadian Peninsula, an organization that prevents impaired driving and promotes responsible behaviours with an accessible and confidential safe ride service provided by the community, for the community. Mr. Mallet was vice-chair of the board for five years.

In January 2017, Mr. Mallet became a director of the Société coopérative de Lamèque and served in that role until 2019. The Société coopérative is a business that supports the well-being of its members by offering them a wide variety of products at a good quality-price ratio and actively contributes to the socioeconomic development of the region. Mr. Mallet was chair of the board from January 2020 until he went into provincial politics.